She attended Colorado State University pursuing her Bachelors in Organizational Communications with a Minor in Business Law before receiving a scholarship to attend Howard College and march with the 1987 WGI Finalist Mariah Winterguard in Big Spring, Texas.  Her Drum Corps performance experience includes the Casper Troopers, Blue Knights and Santa Clara Vanguard.   She worked with Velvet Knights Corps members to help build a guard with El Monte (California) High School.


Cindy returned to west Texas in 2010 and is the Senior Administrator for the Office of General Counsel at Texas Tech University. She is the Guard Director for Frenship High School and assists with the guard at Wayland Baptist University.  It is because of her experience involving travel from Lubbock to compete in the NTCA circuit that she and Brian aggressively worked to establish a competitive circuit in West Texas 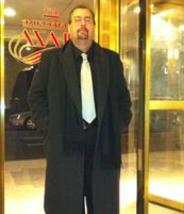 
Brian is originally from Snyder, TX and a 1986 graduate of Snyder High School.  He marched in his HS color guard from 1982 thru the fall of 1985.  In 1985, Brian wrote the winter guard program for Snyder and they placed 5th in High School Class in Championship at TSCGA.  In 1986, due to a band director change, the winter guard program at the HS was cancelled so he auditioned for Mariah Winter guard from Big Spring.  He made the guard and marched with them from 1986-1988, placing a high of 5th place in Independent A at the WGI Olympics in 1987.

He started teaching color guard in 1986 as the advanced rifle instructor at Texas Tech Band Camp.

He also has taught at Merkel, Sweetwater, Plainview HS, Muleshoe, Frenship, and Wayland Baptist University.  Along with running the circuit he is also in charge of the online wholesale division of Scoggin Dickey Chevrolet's racing parts division 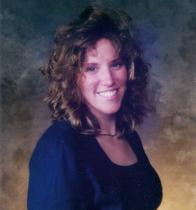